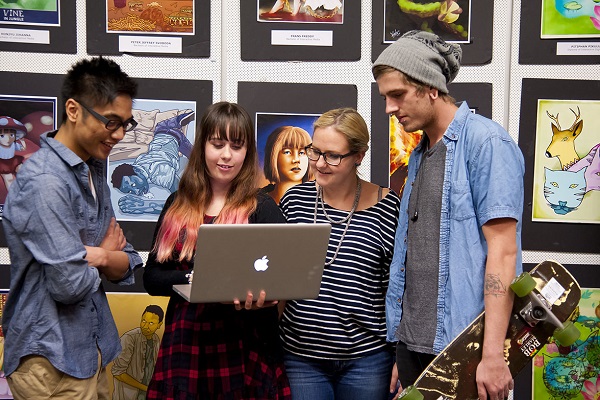 When it comes to Australia, we always think of the beautiful resorts of ocean, beach and waves, or natural rare and lovely animals such as kangaroos, koala bears, etc. In fact, Australia is a country that has become more and more popular in recent years. However, students always I have such doubts: how about studying art in Australia? Is it worth going? Today we will talk about the advantages and fees of studying art in Australia.

There are many well-known universities in Australia, such as Group of Eight. These schools are very famous for their art majors. At the same time, they have rich courses and provide students with a variety of choices. Australia is a country of immigrants, which makes it a diverse country, with diverse cultures and beautiful scenery, it can be said that it is very suitable for artistic creation.

It is well known that many universities in Australia have very strong design majors, such as Royal Melbourne Institute of Technology (RMIT), which enables students to choose from graphic design, industrial design, etc. The employment direction of this subject is also relatively broad.

In addition to design, creative industries are also more popular. The creative industry majors include animation, digital art and design, interactive visual design, film and television image production, game design, etc. Students who graduate from this major generally have very high salaries, which are regarded as emerging majors in many countries, but are relatively mature in Australia.

Architecture has always been a popular major in Australia, it is one of the popular choices for the bright prospects of high salaries and wide employment opportunities after graduation.

Study abroad fees and comparisons in different states in Australia

Victoria has a variety of international arts and sports events, and the capital, Melbourne, has been repeatedly rated as the most liveable city in the world. Victoria has many high-quality schools, including the University of Melbourne, Monash University, La Trobe University, etc. The excellent academic tradition, education system of these universities is closely linked with career planning, and internship opportunities are provided for overseas students.

In a word, Australia is an ideal destination to study art. If you want to develop your knowledge and skills in arts, it is a wise choice to study art in Australia.