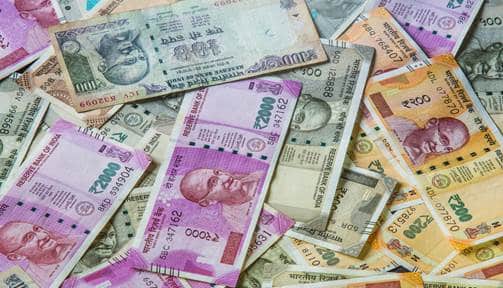 On February 1st, Finance Minister Nirmala Sitharaman will give the Union Budget, which D-Street will be watching. People anticipate that the government will reveal policies to help the pandemic-affected economy recover.

Let’s look at the Budget’s history and some fascinating information.

The Budget is divided into a Capital Budget and a Revenue Budget.

The government’s revenue budget outlines its income collections and expenditures.

The government’s capital purchases and expenditures are detailed in the capital budget.

The majority of capital inflows come from loans from the public, other countries, and the RBI. They also cover capital investments in things like buildings, machinery, and facilities for health and education. There are also financial courses which can teach you about the finance, loan, tax and budgeting. When the government’s entire spending exceeds its total receipts, there is a fiscal deficit.

The term “budget” is derived from the French word “bougette,” which refers to a little leather bag. The Union Budget is a yearly financial report of the nation for the coming fiscal year, according to Article 112 of the Indian Constitution.

James Wilson, a Scottish economist, presented the first budget to the British Crown from the East India Company to India on April 7, 1860.

2. Where is the Budget published?

The Rashtrapati Bhavan used to print the budget until 1950. However, a leak caused the government to switch the budget printing to a press on Minto Road. Later, in 1980, the printing location was changed to North Block.

3. What is a transitional budget?

An interim budget is a short-term budget that is issued right before the April–May Lok Sabha elections.

The whole budget is typically given in a year with an election in July, after the new administration has taken office.

R.K. Shanmukham Chetty, the minister of finance, first introduced the word “interim budget” during the Union Budget of 1948–1949. Later, it developed into a routine that was followed every time the general elections were held.

The budget paper was initially exclusively available in English. But starting in 1955–1956, the government also started printing the document in Hindi.

Eating something sweet before starting a significant work is customary in India for good luck. The Union Budget printing process likewise kicks off with the same tradition. Ten days before to the budget, the Halwa Ceremony, which takes place in the Ministry of Finance’s.

In 2019, Nirmala Sitharaman, the finance minister, made a change and began carrying budget documents in a traditional red cloth bag (Bahi Khata) rather than a briefcase.

To stop the spread of COVID-19 infections, the Budget was first delivered in a paperless format in 2021.

The speaker with the most words at the 1991 Union Budget was the former prime minister Manmohan Singh. There were 18,650 words in it. The Finance Minister Nirmala Sitharaman delivered the longest budget speech to date in independent India on February 1, 2020. The speech lasted for a total of 2 hours, 17 minutes!

A union budget of India was submitted to the former prime minister Morarji Desai a record 10 times. He was a deputy prime minister who also oversaw the finance ministry when he first delivered the budget. Other finance ministers, such as Pranab Mukherjee, Yashwant Sinha, and P Chidambaram, have delivered the budget more than once (8 times). We will be providing you with the highlights and assisting you in understanding the announcements on Budget Day. Keep an eye on this place for more!